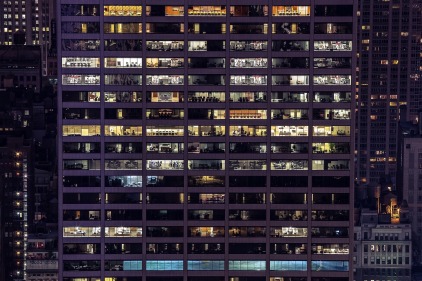 Espen Hammer argues that human practices and actions shift time from being a natural phenomenon, to that which bears the intelligibility of social composition. This effect is said to be more apparent in contemporary eras than it was in pre-modern cultures, which Hammer attributes to the dominance of clock-time.

I started out by trying to establish that, for human agents, temporality necessarily has a social (and therefore also historical) dimension. In human practices and actions, natural time is humanized, thereby becoming a form of intelligibility that weaves together past, present, and future, and narratives bring structure and representational unity not only to actions but to events as well. Time is anthropologically temporalized in many ways: there are the daily biological rhythms; there is the cycle of life through adolescence and maturity to old age and death; and there is the transindividual time of periods and historical epochs. In all three contexts the modal shape of our lives and the meaning we are able to experience will inevitably have a temporal dimension.

I then drew on this account in order to make at least conceivable the idea of a specifically modern form of temporality. I argued that modernity generates conceptions of human time as increasingly quantifiable, a linear series of “nows,” where the future, with its goals to be actualized, attains priority over the past and its accumulated space of experience. The notion of lived time experienced (in line with the ideologies of progress) as a continuous rupture with the past was then analyzed in terms of notions such as modernization and purposive-rational action, requiring temporal organization to be calculative and forward-looking. The dominant temporal configuration in modernity is clock-time, the empty ticking away of transitory units of time that irreversibly and irretrievably distance us from the past. Modern time thus generates the dual problem of meaning and transience that I argue occupy the thinkers I deal with later in the book. For one thing, as the present is increasingly disconnected from structures of collective historical understanding and geared towards a linear progression towards an unknown future, it becomes incapable of securing a sense of stable meaning. Indeed, as the narratives that both individually and collectively relate actions and evaluations to a fabric of collective meaning unravel in the face of progress, the modern self tends to experience a sense of fragmentation, melancholy, and boredom. For another, as modern time is a time of perpetual transition, of the ever-new of the mere passing of homogeneous moments, the sense of transitoriness, I submitted, is stronger and existentially more devastating than that which, in pre-modern societies, gave rise to various types of metaphysics of counter-worldly immutability. In the accelerating world of modernity, there is never enough time (Hammer 2011, 237-38).