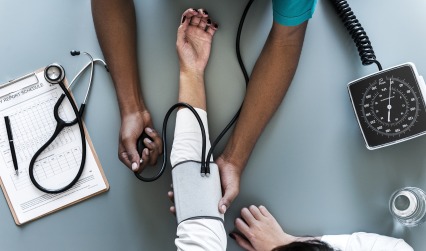 The paradigm shift from personal perception of time to interpersonal patterns of time now extends to global patterns of time. Arguelles (2002), a scholar of the Mayan calendar, asserted that “time governs the whole order of the universe in a manner that transcends all spatial limitations” (p. 13). The true nature of time is as the universal frequency of synchronization. By not understanding this nature, humans have created their own concept of time. Arguelles hypothesized that this artificial time constructed by humans will deviate from natural time to the point of self-destruction. Take for instance the shift work that characterizes many nursing situations. This artificial compartmentalization of time serves to maintain the operation of the hospital bureaucracy, but not the natural rhythm of nurse-patient relationships. It is difficult to honor the natural interpersonal rhythm when the nurse’s presence must conform to a prearranged schedule. The rotation of staff from shift to shift is based on the erroneous assumption that nurses are interchangeable. In such situations nurses answer not so much to the patients as to the artificial time structure. Arguelles (2002) pointed out that whoever owns your time owns your mind. There is a need to get back to the natural cycles of the universe. The time of civilization (clock time and the Gregorian calendar) is not the same as the time of the rest of the biosphere, our living planet earth. Natural time is radial in nature, projecting from the center, and continuously moving in the direction of greater consciousness as it moves back and forth from the galactic core in an instantaneous flow of information. Viewing time as linear sees only half the process. Arguelles (2002) said, “time is such a vast and important topic in the orientation of human consciousness within a biosphere that we may declare it is paramount in human affairs” (p. 35). Time is inseparable from the issue of consciousness. It is the medium of instantaneous information transmission through the universe. Both time and consciousness are factors of the implicate order and can influence changes in the explicate domain regardless of whether or not one is aware of it. The Internet, for instance, is a third dimension reflection of the noosphere, a field of consciousness to which humans are evolving. Arguelles (2002) called for a new paradigm “that is all about time” (p. 3), a shift from artificial time to universal time.