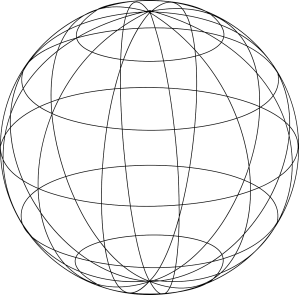 David Prerau describes the international standardisation of time, according to Greenwich mean time, as the first artificial adjustment to natural sun time. This artificialisation of time is said to have been globally systematised via various technologies, including time balls, and the calculation of longitudinal and latitudinal grids.

Due to the eccentricity of the earth’s orbit and the tilt of its axis, the time from one day’s local noon to the following day’s local noon can be somewhat more or less than twenty-four clock-hours, depending on the day of the year. For example, the time on an accurate clock can be ahead of the local sun time as shown on a sundial by as much as fourteen minutes in mid-February and can lag behind sun time by as much as sixteen minutes in early November. In fact, there are only four days of the year when the clock and the sun completely agree. The difference between sun time and clock time, called the equation of time, was originally calculated in about 1670 by John Flamsteed, Britain’s first royal astronomer.

Given the regularity of the clock and the irregularity of the observed sun, a perfectly accurate clock would have to be reset each day at noon. To avoid this, cities and towns began to set their clocks on the basis of mean time: the length of a meantime day is defined as the average length of all the days of the year. Mean time (or mean solar time) was the first artificial adjustment made to natural sun time.

Mean time was first instituted in Geneva, Switzerland in 1780, and eventually most cities and towns followed suit. Even after mean local time was generally adopted, however, there was still the problem of keeping the population of a large city or region synchronized. Although more accurate clocks and watches were produced, as the nineteenth century progressed, they still could drift several minutes a day. Mean local time could be determined with the greatest precision by astronomical observatories that tracked clock stars, stars that appeared overhead each night at predictable times. In an effort to keep clocks and watches accurate, observatory time was often announced by firing a gun or ringing a bell each day at a designated hour or by dropping a time ball.

Time balls were large metal spheres that were dropped each day from a prominent building or tower at a precise time, often twelve noon. The exact time was relayed by telegraph from a nearby observatory. Time balls were first used to signal a precise time to ships at harbor, so each ship could set its chronometer accurately without having to send someone ashore. The Royal Greenwich Observatory began dropping a daily time ball as early as 1833. Soon a time ball was in use in many cities, so that at the designated hour observers at numerous vantage points could set their clocks to the accurate local observatory time. Thus the daily drop of the time ball fostered a uniform time for everyone in the area. A vestige of this practice is the illuminated ball dropped in New York City’s Times Square at exactly midnight each New Year’s Eve.

The use of mean local sun time and devices such as time balls allowed residents of each town or city to be synchronized, but there still was no coordination of times between different cities and regions. To understand how such a system might be possible, we need to consider that the relative sun times of two places is determined by their location on the globe. The ancient Greek astronomer, Hipparchus, was the first to imagine superimposing a grid on the earth’s surface; his grid consisted of 360 lines (corresponding to the degrees of a circle) connecting the North and South Poles at right angles to the equator, and 180 equally spaced lines circling the earth parallel to the equator. The lines running between the Poles indicated a location’s longitude, and the lines parallel to the equator indicated its latitude. The lines of longitude were later called meridians, from the Latin meridies (midday), because all places on the same meridian had local noon, when the sun is at its highest point, at the same time.

Latitude is measured north or south from the equator. For longitude, however, there is no obvious starting point. Therefore it is measured east or west from some designated line of longitude, and this is called the prime meridian. Up to the end of the nineteenth century, almost every major nation based its maps for land delineation and ship navigation upon its own defined prime meridian of longitude, usually the meridian through its capital city. Britain’s prime meridian went through London, Portugal’s through Lisbon, France’s through Paris, Russia’s through St. Petersburg, and the United States’ through Washington, D.C. To allow precise determination of longitude, the specific location of the prime meridian was usually located at an astronomical observatory in or near the capital city: the Royal Greenwich Observatory in Greenwich, England, just outside London; the Naval Observatory in Washington, D.C.; and the Pulkovo Observatory near St. Petersburg.

As the earth rotates, the sun appears to traverse fifteen degrees of longitude in one hour. Thus, each degree of longitude to the west, local noon occurs four minutes later. Consequently, any two cities not on the same meridian would have their clocks set at different times, depending on how many degrees their longitudes separate them. Even though each town determined its time independently, the worldwide system of local times worked quite effectively for several centuries. As long as travel and communications were relatively slow, it didn’t much matter that, for instance, in the United States when it was 12:00 noon in Chicago it was 12:31 in Pittsburgh, 12:24 in Cleveland, 12:17 in Toledo, 12:13 in Cincinnati, 12:09 in Louisville, 12:07 in Indianapolis, 11:50 in St. Louis, 11:48 in Dubuque, 11:39 in St. Paul, and 11:27 in Omaha. The relaxed pace of travel, the lack of instant communications, the inherent inaccuracy of contemporary clocks, and the less frantic pace of life all made minor time variations unimportant.