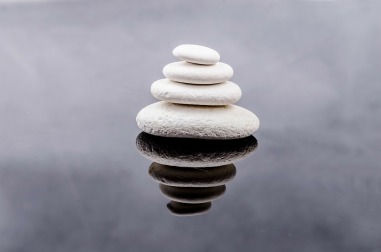 Maurice Bloch, when commentating on Clifford Geertz’s characterisation of the dual calendars by which the Balinese population live, presents the point that an unconditional sense of time’s cultural relativity is overly reductive. Nevertheless, Bloch posits that a culture’s everyday, social concepts of time, are not true concepts of time.

[T]he Balinese evidence does not support the view that notions of time vary from culture to culture, it only shows that, in ritual contexts, the Balinese use a different notion of time from that in more mundane contexts and that in these mundane contexts categories and classification are, it may be assumed from Berlin and Kay’s findings, based on cognitive universals. Furthermore, the nature of the contexts where we find these cognitive universals itself suggests an explanation of their presence. Durkheim, like others after him, rejected the notion that cognition was constrained by nature, by pointing to the variability of concepts, especially of concepts of time; but if he is wrong in this, his objection cannot hold. What is more, since it is in contexts where man is in most direct contact with nature that we find universal concepts, the hypothesis that it is something in the world beyond society which constrains at least some of our cognitive categories is strengthened, though this need not be nature as an independent entity to man, but, as I believe is suggested by Berlin and Kay’s data and foreshadowed by Marx, nature as the subject of human activity (see also Rosch 1975)…

I am not making the empiricist mistake of thinking that concepts as concepts are given in nature, I am only talking of the constraints of nature on thought given the human condition. In this I am following Piaget (1968). It would be nonsense to say that our everyday concepts are true concepts of time. The notions of time held by physicists are not remotely like folk notions of time. On the other hand my position is totally opposed to that of Levi-Strauss who argues that nature in this respect is an unordered phenomenon only ordered by culture in whatever way the logic of thought takes it (Bloch 1977, 285, 290-91).

For Clifford Geertz, two different calendars are employed by the Balinese population. These are a lunar-solar calendar, and a permutational calendar which is linked to Balinese cultural processes. Whilst the permutational calendar is said to have its origin in lunar-natural astronomical rhythms, its usage is divorced from such a source.

The two calendars which the Balinese employ are a lunar-solar one and one built around the interaction of independent cycles of day-names, which I shall call “permutational.” The permutational calendar is by far the most important. It consists of ten different cycles of day-names. These cycles are of varying lengths. The longest contains ten day-names. following one another in a fixed order, after which the first day-name reappears and the cycle starts over. Similarly, there are nine, eight, seven, six, five, four, three, two, and even-the ultimate of a “contemporized” view of time – one day-name cycles. The names in each cycle are also different, and the cycles run concurrently. That is to say, any given day has, at least in theory, ten different names simultaneously applied to it,. one from each of the ten cycles. Of the ten cycles, only those containing five, six, and seven day-names are of major cultural significance, however, although the three-name cycle is used to define the market week and plays a role in fixing certain minor rituals, such as the personal-naming ceremony referred to earlier…

The lunar-solar calendar, though constructed on a different basis, actually embodies the same punctual conception of time as the permutational. Its main distinction and, for certain purposes. advantage is that it is more or less anchored; it does not drift with respect to the seasons.

This calendar consists of twelve numbered months which run from new moon to new moon. These months are then divided into two sorts of (also numbered) days: lunar (tithi) and solar (diwasa). There are always thirty lunar days in a month. but, given the discrepancy between the lunar and solar years, there are sometimes thirty solar days in a month and sometimes twenty-nine. In the latter case, two lunar days are considered to fall on one solar day-that is, one lunar day is skipped. This occurs every sixty-three days; but, although this calculation is astronomically quite accurate, the actual determination is not made on the basis of astronomical observation and theory, for which the Balinese do not have the necessary cultural equipment (to say nothing of the interest); it is determined by the use of the permutational calendar. The calculation was of course originally arrived at astronomically; but it was arrived at by the Hindus from whom the Balinese, in the most distant past, imported the calendar. For the Balinese, the double lunar day – the day on which it is two days at once – is just one more special kind of day thrown up by the workings of the cycles and supercycles of the permutational calendar – a priori, not a posteriori, knowledge.

In any case, this correction still leaves a nine-eleven-day deviation from the true solar year, and this is compensated for by the interpolation of a leap-month every thirty months. an operation which though again originally a result of Hindu astronomical observation and calculation is here simply mechanical. Despite the fact that the lunar-solar calendar looks astronomical, and thus sums to be based on some perceptions of natural temporal processes, celestial clocks, this is an illusion arising from attending to its origins rather than its uses. Its uses are as divorced from observation of the heavens – or from any other experience of passing time – as are those of the permutational calendar by which it is so rigorously paced. As with the permutational calendar, it is the system, automatic, particulate, fundamentally not metrical but classificatory, which tells you what day (or what kind of day) it is, not the appearance of the moon, which, as one looks casually up at it, is experienced not as a determinant of the calendar but as a reflex of it. What is “really real” is the name – or, in this case, the (two-place) number – of the day, its place in the transempirical taxonomy of days, not its epiphenomenal reflection in the sky (Geertz 1973, 192-96).