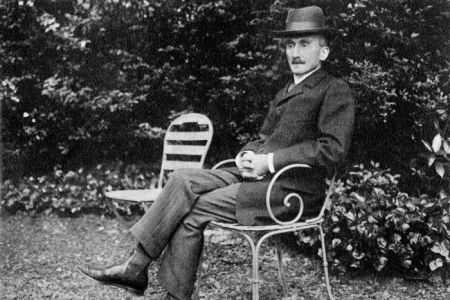 No doubt we can count the sheep in a flock…although they are all different from one another…but the reason is that we agree in that case to neglect their individual differences and to take into account only what they have in common (1960, 76).

The theoretical, and indeed practical, inspiration for this project, is provided by the late 19th and early 20th century French philosopher, Henri Bergson. In particular, Counting Sheep is built upon the insights of a specific feature of Bergson’s philosophy that is found in the book developed out of his Doctoral thesis, that book being Time and Free Will (1960 (1889) New York: Harper Torchbooks). According to Bergson, there is a socialised tendency to speak about all the features of the world as though they are only measurable or quantifiable. The issue with this is that many such features, in Bergson’s estimation, are actually not measurable/quantifiable.

In engaging Bergson’s position, we firstly need to appreciate the distinction he draws between two categories of worldly phenomena. One category, which he describes as “extensive magnitudes,” includes the features of the world that are measurable and comparable. Conversely, the other category, “intensive magnitudes,” refers to phenomena and experiences of the self that are neither measurable nor comparable (3).

What is extensive for Bergson, and therefore measurable, is that which is spatial. This is because space can be divided into separate units. Given the separation of spatial units, each of them can be objectively measured against other units, as well as aggregated with other units (1). You might think of units as apples in this regard. Each is separate, and yet can be added together with other apples to form a number of them. Furthermore, each apple can be divided into smaller pieces (units) of apple.

For units, as with apples, to be added together to form a number of them, there must be something common to, or homogeneous about, each of them (75). If there are 10 apples, or 50 pieces of apple, all such units share the property of being “apple.” Simultaneously  with this homogeneity for Bergson though, is that each unit must be distinct and separate, “otherwise they would merge into a single unit” (77).

This separation is, according to Bergson, conditioned by their quantitatively, or measurably, differentiated relations. What this means is that such units are determined to only differ from each other according to size or degree. Because of this spatial, measurable differentiation, such units can be compared by being “set alongside each other” (77). The units will appear as mutually excluded, as separate pieces, but also as concurrently able to be added together. These are the dual characteristics of spatial phenomena in Bergsonian philosophy.

Bergson uses the example of sheep in a paddock to illustrate this key point. This, you might notice, duly inspires the title of this site. As he notes, each sheep can be observed to be different, spatially distinct from the others. However, the sheep can be counted or aggregated if the focus is on what is common between, or homogenous about, them. That commonality or homogeneity is their being sheep. In this quantifying/counting mode, we are said to “neglect their individual differences” in order to “take into account only what they have in common” (76).

This is what comprises an extensive or spatial impression of the world. Bergson presents this argument within his specific commentary on time. The spatial representation of time on clocks and calendars is noted by Bergson to be conditioned by dividing time into separate, homogeneous moments. Each second, minute, and hour, is visually, spatially, extensively separated, from other seconds, minutes, and hours. These divided units of time can nevertheless be counted and added together by treating them all similarly as units of time, whereby time “becomes a measurable magnitude, just like space” (104).

Notably for the project being undertaken here, Counting sheep, Bergson critiques the extent to which extensive, spatial representation, is socially orchestrated and normalised. On one hand, the spatial representation of time allows populations to synchronise and be synchronised. This is because, in its homogenised singularity, spatial time is able to be communicated between institutions and citizens. A certain objectivity ensues regarding the rules of visually and spatially homogenous time, such time applies to all individuals, even if not all individuals obey its rules all the time!

Given the widespread presence of quantified time, and the fact that we are born into social worlds in which it dominates, such time is recognised by Bergson to undeniably be embedded within our actual experience of time overall. Nevertheless, Bergson’s concern is that humans mistakenly believe that this spatially represented form is time’s only constitution. For Bergson, there is also a reality to time, and our experience of it, that can be described as “intensive.” Indeed, this is the form of time which he describes as the “real” time. The hallmark of real, intensive time, is that it lacks separate units of measurement via which it can be quantified and compared. Three analogies are provided to explain the distinction between intensive time from extensive time in The Creative Mind: An Introduction to Metaphysics (2007 (1934) New York: Dover Publications) .

The analogy that I feel speaks most clearly is that in which Bergson conceives of a tiny piece of elastic. As the elastic is stretched in space, it is said to become a longer piece of elastic. The elastic literally forms a line in space. This process illustrates the operation of intensive, rather than extensive, time for Bergson, if attention is given to the stretching of the elastic, instead of on the stretched line that eventuates (138).

Bergson’s argument is that if we focus on the stretched line, we are in the mode of appreciating only the quantitatively frozen form of time. Time, in this perspective, strangely becomes something static rather than moving. This line of time is able to be reflected upon, and divided into discontinuous, separate points. Such division is possible given that all parts along a static line are simultaneously present – they are going nowhere. In sharing, or having in common, this simultaneous presence, such points can be quantified together because they are “homogenous to one another” (137).

Bergson implores us that alternatively, if we focus on the ongoing stretching, rather than on the stretched line, there are no discontinuous, spatially separated, homogenously present, points of time (137). The stretching process mimics instead our sense of time that occurs in the form of what Bergson calls durée. Durée, or real time-as-duration, refers to one’s intensive or internal experience of time as it is happening, which “excludes all idea of juxtaposition and reciprocal exteriority” (138).

Why then, if there are two forms of time, do we tend to, in Bergson’s terms, typically only conceive of time as it is spatially represented or quantified? Manifesting from the aforementioned social utilities of this latter form of time, for Bergson, there are two responses to this kind of query.

Firstly, the notion of spatial, quantifiable time, is said to appeal to the human desire to develop and possess a definitive knowledge of, and control over, the world. Represented time takes what is the world’s otherwise unwieldy, invisible temporality, and allows us to regulate it. The irony of course is that in quantifying time into comparable units of measurement, humans conceptually freeze into simultaneously homogenous parts a phenomenon that they actually conceive to be moving and flowing. The desire nevertheless is to control this flow for human utilisation, reflecting in Bergson’s view that “fixity is what our intelligence seeks” (5).

Secondly, and relatedly, in Time and Free Will we see that Bergson characterises the spatial or extensive, representational division of time, as reflective of the human tendency to conceive of all experience spatially. It is the identification of this tendency in contemporary social language, particularly in the defaulting to notions of relative quantities when describing temporalising things and experiences, which informs the imperative of Counting Sheep. My interest here in the role of language is further informed by Bergson, given his argument that the reason “we usually think in terms of space” (1960, ix) is linked to our usage of language.

In appraising human languages, Bergson observes how regularly words conceptually divide conscious experiences of the world in a manner that matches the division that appears to exist between material entities in space (ix). The “discontinuity between material objects” is reported by Bergson to be identifiable in how languages describe non-material functions and phenomena. As spatial terms for all experiences become normalised, an individual’s social participation is assured if they perpetuate such vernacular, for it suits “the requirements of social life” (128).

To emphasise this point, in The creative mind Bergson proclaims “how much simpler” life is when it is identified and controlled by the spatial representations that are “stored up in language” (2007, 24). The spatialisation of all phenomena presents a genuine “social utility” (24), facilitating between social actors the comparison of, measurement of, and communication about, features of the world.

As was earlier explained, Bergson does not argue against the reality of a time that is socially conceived to be spatially extensive. Not only is quantifiably measurable time socially pragmatic, but it is embedded within an individual’s overall experience of time. However, what concerns Bergson is that all phenomena, temporal or otherwise, tend to be conceived only in such a manner. For Bergson, the concern is that the intensive, non-quantitative, form of time, is ignored. This is particularly concerning for Bergson given that, in his view, this durational experience of time is what time “really is.”

It is from this definitional polarisation that Counting Sheep originates. Bergson distinguishes relatively unproblematically between the respective parameters of qualitatively, versus quantitatively, differentiated forms of time. However, his consequent, conceptual separation, of real and representational times, transgenerationally and dogmatically lingers within presiding interpretations of an estrangement between the time of the natural universe, and social constructions of that time.

This can be described as a “dogmatic” perspective, given the speculative rather than the substantiative nature of authorising one form of time, but not another, as real. The prevalence of impressions of time which endorse distinctions between real|representational, qualitative|quantitative, and natural|social, times, is made apparent in this project via the identification of examples of such impressions. These examples are taken from contemporarily everyday, and historically scholarly, perspectives.