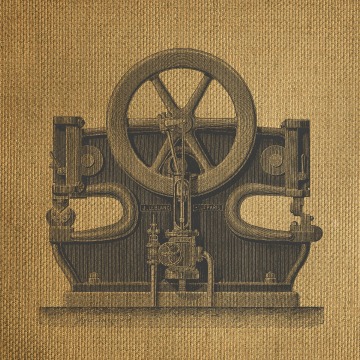 Jay Griffiths characterises Western, hegemonic time, as inherently anti-natural, and as that which is imposed on cultures. A challenge to this dominant form of time is said to manifest through the various time structures of indigenous populations, which are portrayed as being more natural than the time which has developed from the Industrial Revolution.

The Industrial Revolution created time-owners; the capitalist factory bosses, erecting clock-bound fences of work-time and the sense that employers owned the time of their employees, enslaving their time, enclosing it. Stealthily, nastily, one type of time has grown horribly dominant: Western, Christian, linear, abstract, clock-dominated, work-oriented, coercive, capitalist, masculine and anti-natural: Hegemonic Time. This time, and all the time-values which go with it, have been imposed on numerous cultures across the world. (When missionaries arrived the Algonquin people of North America called clock-time ‘Captain Clock’ because it seemed to command every act for the Christians.)

There is revolt. The challenge to Hegemonic Time has come from the radiant variety of times understood by indigenous peoples; from self-conscious political protest; from children’s dogged insistence on living in a stretchy eternity; from women’s blood and from carnival.

Subversive and mischievous, carnival reverses the norms, overturns the usual hierarchies. Unlike Hegemonic Time, carnival is usually tied to nature’s time; it is ahistoric, linked to cyclic, frequently seasonal events. Carnival transforms work-time to playtime, reverses the status quo. It is frequently earthy and sexual (Griffiths 2002).